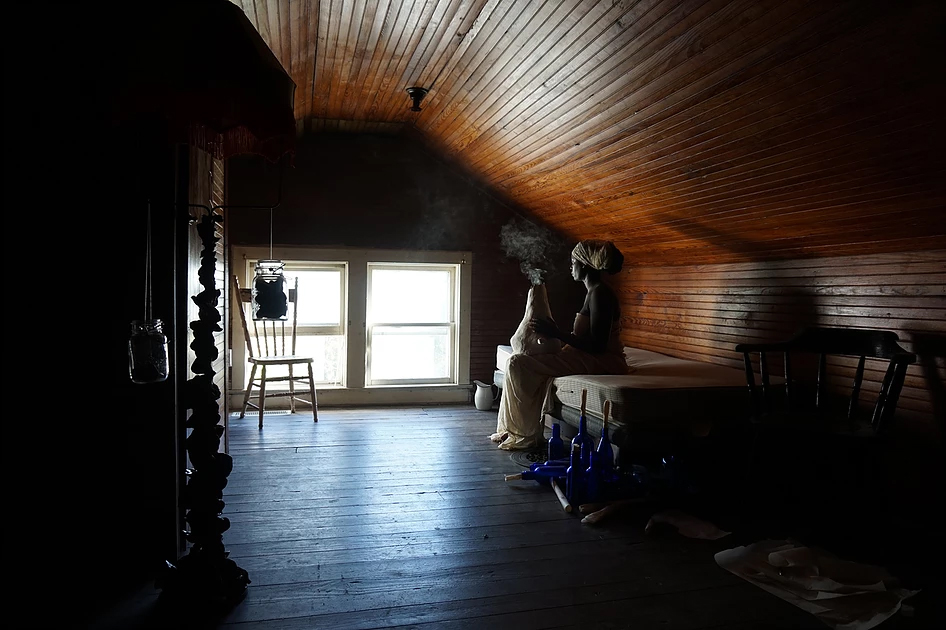 Stacey Gillian Abe’s concepts highlight the strengths and fragility of the female mind as seen as autobiographical and drawn from past experiences, they attempt to critique stereotypical depictions of her as a black woman. These materialize into created imagined spaces that instigate a surreal mystical feel to the work at their best borne of two realms contrasting and complementing each other. The work probes unsettling narratives on the subject of identity, gender, spirituality and cultural mysticism, the past and present like; Seat of Honor (2017), Pareidolia (2017), Enya-Sa (2016), Strange fruit Konyagi (2015).

Each space that Gillian works on has its own contexts and gets its own interpretations; it also springs views on self-resilience and what can be overcome. She has incorporated a metaphorical and experimental approach to her work through her interest in exploring new techniques with parallel mediums like glass and ceramics, fibers, textures and light photography. They draw attention to the hand-made through the method of tying together and binding, stitching, clustering and pairing which are assembled and layered to construct a metaphorical concept. 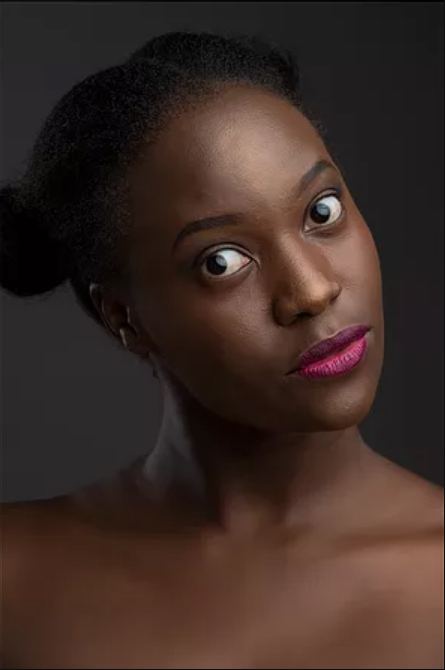 Stacy Gillian b. 1991, lives and works in Uganda

She is a receiver of the new talent award (2nd place) – the boda boda project KLAART 014 and a Prince Claus fund award (2016). She was nominated for an artist in residency fund program for African artists through Africa Centre 2016/2017 and also listed among the young provocative African artists to watch in the continent- featured in ‘This is Africa’ and ‘Africa.com’ (2016).